'We must be prepared for unexpected events such as unwanted visitors. I have set up Safeguard so that our crisis team can also be called upon at once.'

The faster you can respond, the better it is

Visiting ESTEPE. This truck builder, located in Heesch, is the "number one" strategic partner of European truck manufacturers and the construction industry. They modify trucks that the manufacturer cannot provide themselves. In addition to quality, safety is "number one priority" and you can tell!

"Within a minute and a half, all emergency responders were around the person..." 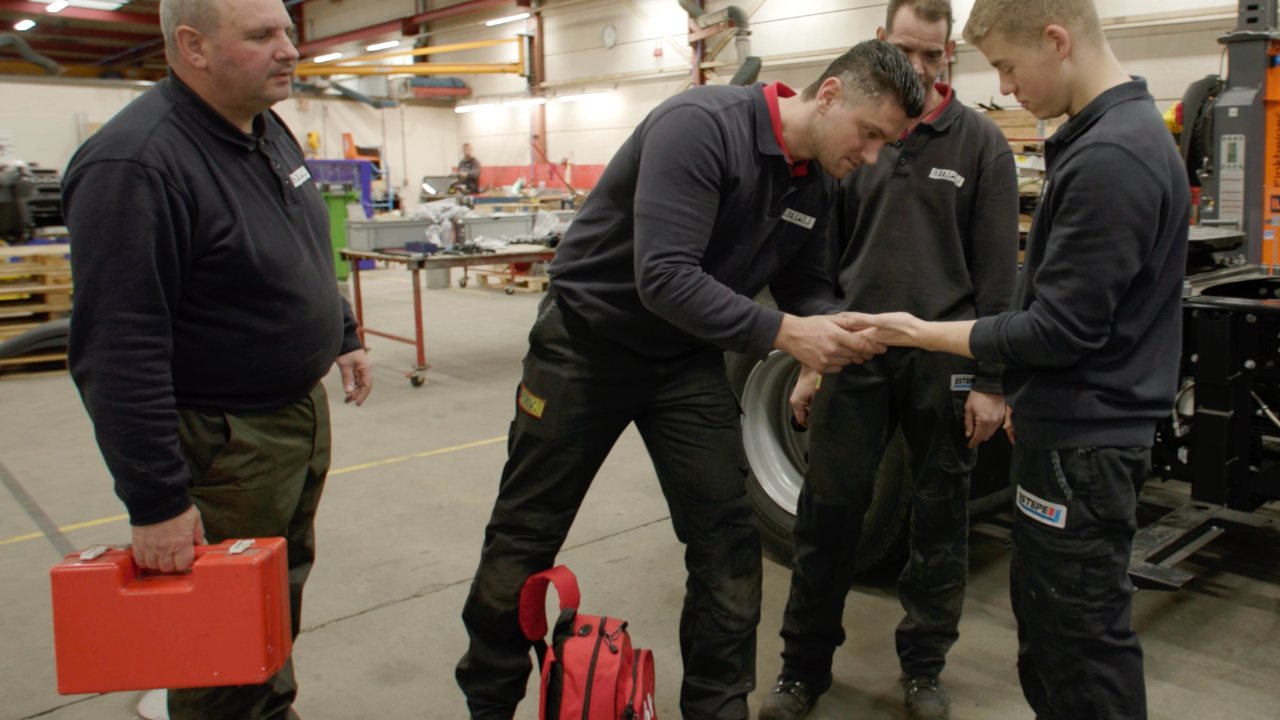 It's a cliché, but custom work is what sets ESTEPE apart. With different workshops and its own design room, the company is able to convert standard trucks to specific customer requirements. It's about modifications that fall outside the standard product program of truck manufacturers; a lower entry, heavier axles or an optimization of the chassis. ESTEPE makes what the manufacturer cannot provide themselves.

That this type of work involves the necessary risks is obvious. How a company deals with it is less obvious. At the Heesch truck builder, it's clear from the start that they take safety seriously. It's the tidy work spaces, marked walkways, visible safety symbols everywhere and the emergency responders' patches on the work pants that give it away.

The story of Wesley (head of emergency responders) confirms this observation. Because in addition to visible and practical measures, there is also a shift in the perception of safety. "By making 'working safely' a topic of conversation in the monthly meeting, something changes in the attitude towards a theme that is often dismissed," he says. "In addition, a modern system like Safeguard also contributes to the professionalization and experience of emergency responders," he adds. 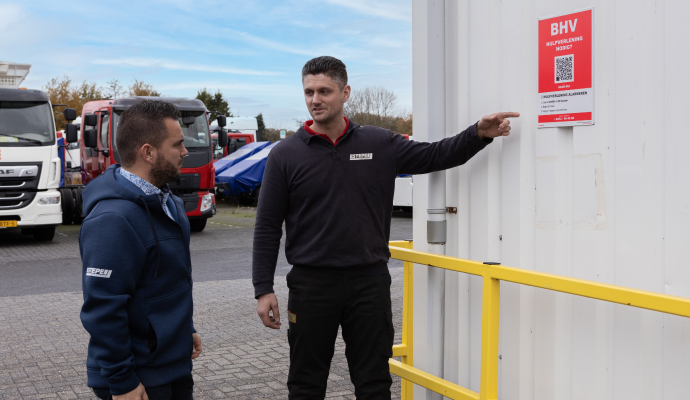 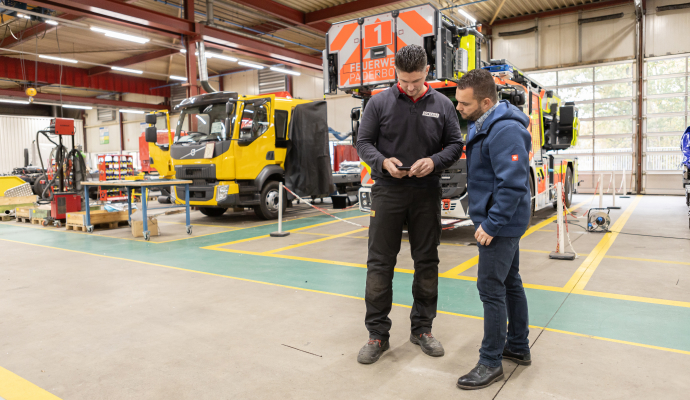 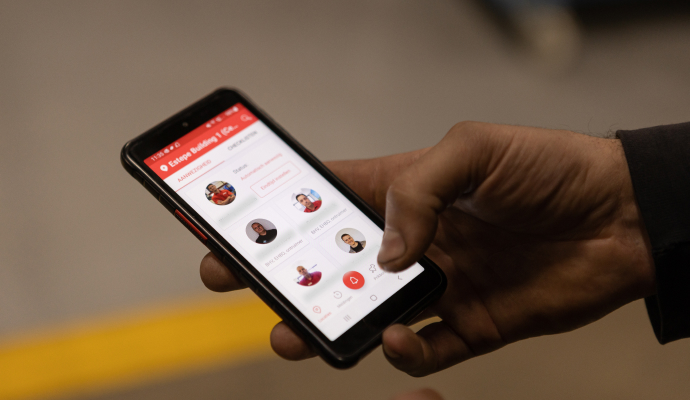 "Safety is actually the priority. That is, in addition to making quality, the number one priority.

We have to deal with many people here. We also work with large, heavy materials. So we have to take a lot of things into account," says Tom van Casteren, production manager.

During the tour of the company - or rather said: complex - it becomes clear what else ESTEPE has to deal with. For example, it has multiple halls, workshops and a large outdoor area where many trucks are stored. That's also where the challenge lies.

To be as well prepared as possible for the aforementioned safety issues, ESTEPE uses the following features:

"Before Safeguard, we had a system with pagers and radios. The reception had a central pager point and they would call us. That turned out to be a bottleneck for us. It took a long time and the pagers were difficult to use," explains the head of emergency responders. "That's why we eventually looked into upgrading it."

To improve coverage and response time, ESTEPE uses Safeguard QR signs. They are the first customer to work with our new solution. The ten safety signs, distributed around the site, are tactically and visibly hung. It allows employees or guests to also make a report. "That's optimal," says Wesley. "Because on the moment when there is a meeting, for example, an outsider or an employee can also make the report, so we can keep the response time quick and short." 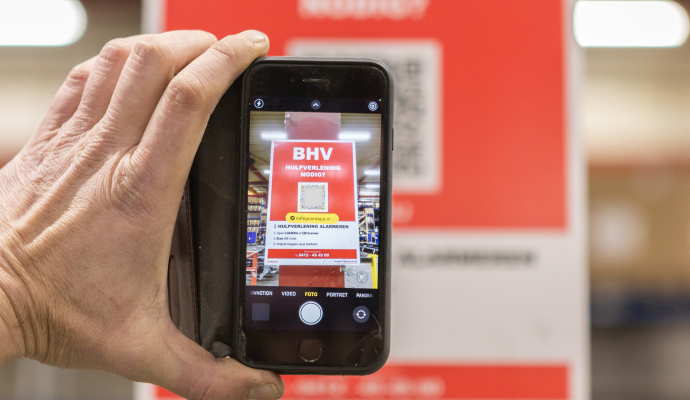 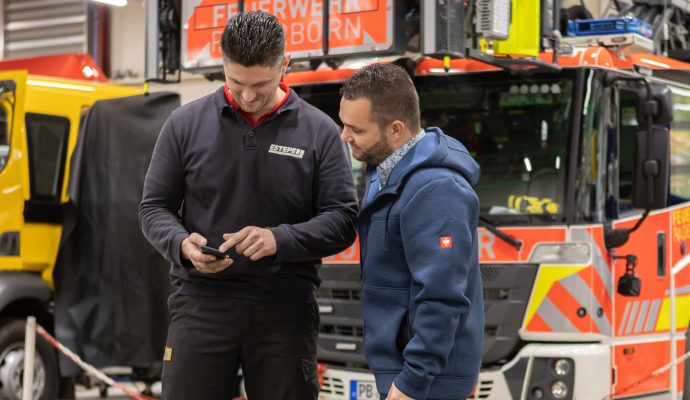 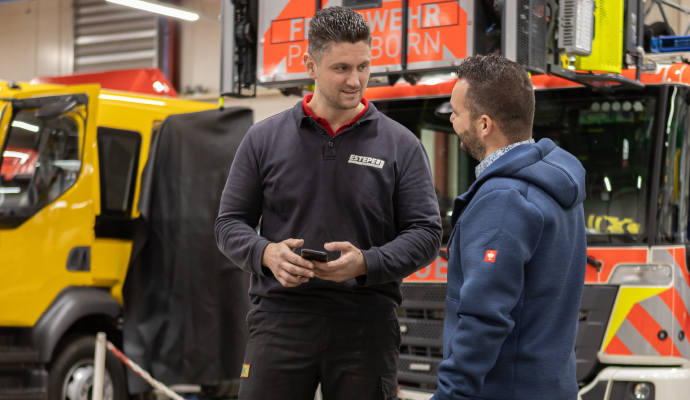 The emergency responders organization had the opportunity to practice directly with Safeguard during their training day. This came at the right time according to Wesley: "The week after, we had a real situation at ESTEPE that showed that we needed the app. Before, it took quite a while for all emergency responders to gather and now they were at the incident within a minute and a half. That was good because it was something serious."

It's nice to see how safety is approached. Enthusiastically, professionally and above all, with a lot of appreciation. You see and feel that the topic has a place in the company. ESTEPE's approach and the Safeguard solution is a proven combination. Together with thirteen enthusiastic emergency responders, care is taken for a safer working environment and that makes us enthusiastic as well!

Feel free to contact us! Together we create a secure foundation for your organization.